This is the second part in my series about Rwanda and its leadership journey. (If you missed the first part, click here.) Here are a few of my observations on key influences for the country’s current success. 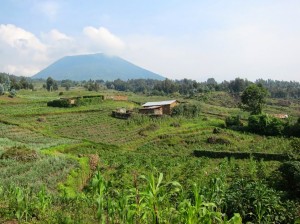 Plastic bags are banned in Rwanda, so there is a cleanliness that is striking to travelers upon arrival in Kigali. Roads and streets are clean; air is clean. Because the mountain gorillas are a national treasure, access to them is limited and restrictions are many. This allows Rwanda to continue to be a refuge for travelers seeking to observe the gorillas in pristine, natural habitats in which you feel like a welcomed visitor in their home!

2. Importance of being connected; role of village and community

Throughout all of Rwanda I saw small meetings of villagers gathering together on weekend afternoons; they were planning to support member’s needs for health care, visitation, food, etc. Folks aren’t left to fend for themselves.   Another striking example is “Umuganda” – the monthly, mandatory day of community service held the last Saturday morning of each month.   Everyone aged 18- to 65-years-old is expected to do yard work in public parks or help the community in some other way.  Even the President and First Lady participate.

3. Great ideas come from the collective genius of the people

Rwanda doesn’t want or need to rely on western systems or support.   They have effective means of tapping into cultural wisdom to solve problems.   An example of this is the Rwandan response to persecuting perpetrators of the genocide. According to Wikipedia, they settled on the Gacaca court system, which has evolved from traditional cultural communal law enforcement procedures. The Gacaca courts are a method of transitional justice, designed to promote healing and moving on from the crisis. Rwanda has especially focused on criminal prosecutions in the Gacaca courts, putting justice partially into the hands of the victims. 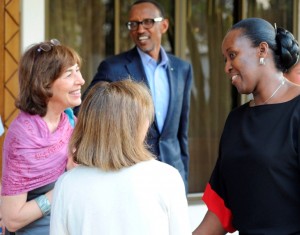 Two-thirds of the Rwandan Parliament is female. Older Rwandan Women are respected as guardians of the home; women played a key role in keeping refuges alive. Women account for a number of leadership “firsts,” including the First Mayor of Kigali, Head of the Supreme Court, and Founder of the National Airline.

A trip highlight was a private luncheon and reception with Rwandan President Paul Kagame and First Lady Jeannette Kagame. When we asked the President to share his thoughts on what made Rwanda so successful, he stated this as the reason.   For example, Rwanda’s efforts at malaria control are more successful than many of its neighbors. He explained that when Rwanda gave out mosquito nets, they went from house to house and then returned shortly thereafter to follow up, making sure people were using them for the proper purpose.

He said they listened to the people and accountability followed. Another example is that Rwanda has the fastest rate of infant mortality reduction in Africa. He attributes this to their requirement of prenatal care for mothers; if women don’t go for the care, they must pay the equivalent of the visit fee, in effect a penalty for not receiving wellness care for their children. Mr. Kagame told us he was alright with being called a “benevolent dictator” if it meant progress for Rwandans.

He believes leaders should be in relationship to their people, listening to them, and allowing the people to communicate what they desire and be responsive to them, while creating a climate that encourages personal responsibility. 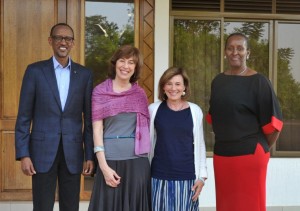 My friend and colleague, Lauren Richman, and I came away appreciating the positive impact of applying a disciplined approach to planning and strategy, including an inspiring vision, culturally relevant approaches, and effective leadership and accountability applied by a country. “What can we do to help?” I asked the President. “Tell people that Rwanda is alive and well,” the President answered. “Tell them what you saw and heard here, and invite them to visit.”

And that gives me hope for the rest of us.