Are you the leader you’ve been waiting for?

As a leader, have you ever had one of those moments when you saw, in an instant, something you had never seen before but it had been there all along?  Two clients in the same day had very similar realizations, and shared that the impact on them had been significant.  Something subtle, yet profound had happened in just a flash.

Here is the context.  My client expressed concern with a challenge she had been having.  Her client and team were “stuck” at an impasse and could not seem to move forward.  As I began asking questions aimed at getting her to describe the problem (as she saw it), what she had done about it…

She soon uncovered her own “blind spot.”

Things weren’t happening on their team, because, although she thought others had the subject matter expertise, she was really the only one on the team that saw the whole.  As the client service delivery expert and therefore the hub of the wheel, she was in an optimal position to coach the rest of the team through the problem.  Everyone was simply waiting for “others” to move forward, believing that leadership belonged to someone else.  As with many teams, there was no designated “leader.”

In just a few moments, my client confidently stated:
“I see the problem now; I am the leader they have been waiting for.”

We laughed together and she quipped “It’s a bit like playing duck, duck goose, only I’m the goose!”  In other words, “I am IT!”

I love this story because it reflects the importance of how a mindset shift can open up new possibilities for action.

My client went from feeling powerless to affect an outcome to being empowered to change it.

This simple, yet powerful shift allowed her to get into action to help others solve a pressing problem they all faced. 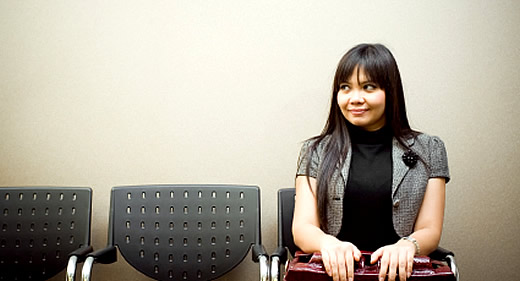 Importantly, it dovetails with the national conversation from Sheryl Sandberg’s Lean In movement in which she describes that women wait patiently on the sidelines, often waiting to be invited to the table.  She further observes that this is more prevalent with women as the assume leadership roles.

The good news is that once women shift their mindset from waiting politely to “leaning in” (as Sheryl calls it,) they begin to stepping into their own powerful leadership.

By shifting their own perspective from “waiting passively” and perhaps politely, to actively leading, they confidently learn to:

If you relate to this story, we invite you to post your comments here.   For more information on how you can evolve your leadership, sign up for a complimentary 30-minute “Breakthrough Your Barriers”.

You are the leader you’ve been waiting for.  Both ducks and geese can learn to fly!