It’s almost a fact of leadership life.  While most leaders enjoy the human and business challenges of leading (much of the time), what I often hear is how exhausting it all can be.

Leadership depletion has almost become expected in many circles. 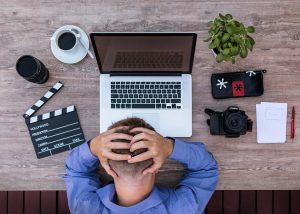 Many assume it comes with the territory.  A 2017 Gallup survey reports that only 38% of managers and executives are engaged at work, while only 29% of middle managers reported so.

What I’ve observed in coaching leaders is that a good deal of their time and energy is spent on helping others with their own issues.  This can be draining for leaders, many of whom have no training or experience in how to help others without getting drawn in too deeply.

In the September 13, 2018 Harvard Business Review article,  “research suggests that when followers struggle with emotional issues, they approach their leader more often than their coworkers, thinking that it is the leader’s job to help them cope with emotional distress at work. When compounded with getting work done, management of followers’ emotions can exhaust leaders’ own energy, leaving them depleted and unengaged at work.”

The authors sought a tool that would help leaders improve engagement and energy at work. “ Research suggests that leaders’ sense of self is closely tied to their leadership role, and leaders care about being successful in their role.”  The authors hypothesized that helping leaders become more self-aware might help them become more engaged and less depleted.

In the study, leaders were to spend a few minutes in the morning to reflect and write about 3 things they like about themselves that make them “a good leader,” including:

The authors ran two studies to see the impact. “The first study was a daily field experiment with a sample of leaders whom we surveyed for two workweeks. In half of the workdays, first thing in the morning, leaders reflected and wrote about three skills, achievements, qualities, capabilities, or traits that they liked about themselves and that they thought made them good leaders.”

“On the other days, leaders wrote about daily activities not relevant to leadership (we wanted to make sure that the intervention effects were not simply due to writing or taking time to reflect). We then surveyed the leaders multiple times a day.”

“We found that on days when leaders took a few minutes in the morning to reflect and write about aspects of themselves that make them good leaders, they subsequently felt less depleted and more engaged, and they reported having a positive impact on their followers. These effects lasted until the evening, suggesting that leaders felt more positive at home too on intervention days.”

“In a second field experiment, we replicated the energizing effect of the intervention and found that the effect was stronger for employees who hold leadership positions within their organization. These employees self-identify more strongly as leaders and may derive more benefits from interventions that tap into their identity as leaders.”

So, it seems that as leaders develop self-awareness through intentionally taking time to reflect and write about their leadership positively, they are more likely to be both:

In other words…. a little bit of intentional focus had big payoffs.

We can’t usually change the intensity leaders are facing at work.  What can be changed is what they can do about the impacts of that intensity on themselves.