Do You Know Your Leadership Blind Spots? 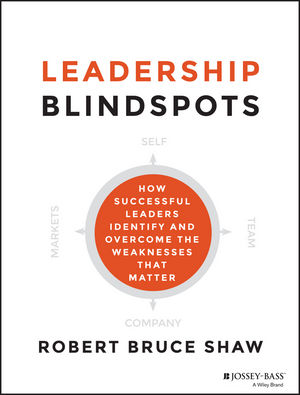 This week’s blog comes from Leading Blog. “Blind spots” are one of my favorite leadership topics because it is at the root of what holds us back.   Once uncovered, however there is the potential for monumental change and growth.

“Blind spots,” those problems that are right in front of us that we fail to see. We all have them; not because we can’t find them, but because we don’t look very hard.

Shaw suggests that not all blind spots are bad. Some may actually protect a leader from doubt. For instance a certain confidence may “push him or her forward in the face of uncertainty and adversity” to “see what is possible beyond what a realistic assessment would suggest is sensible.” Yes, but…. I would talk about it differently but eventually arrive at the same place.

Once uncovered it can be managed in some way. An uncommon confidence in your approach to uncertainty may serve you well and if recognized and understood it is no longer a blind spot but an approach to life that is managed.

Any blind spot puts distance between you and reality.

A small deviation may never become an issue but large deviations will eventually trip you up. An optimal margin of illusion occurs when individuals have a small, positive distortion about themselves. This results in an advantage over those who are more realistic. A positive bias is useful because it increases an individual’s motivation to move forward in risky situations and persevere in difficult situations. “Leaders get into trouble when they don’t know what they don’t know in areas that matter.”

There are degrees of blindness:

Not all blindspots are created equal.

“Leaders need to question the relative importance of a weakness or threat once they become aware of it.”

Not surprisingly, “the more power and status people have, the less likely they are to pay attention to those below them and the less empathic they will be.” So we just don’t bother searching for blindspots.

For help in breaking through your blind spots, set up a complimentary Break Through Discovery Session.