Are You Leading in Innovation? 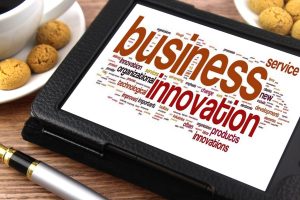 Today’s leaders are pre-occupied with innovation, and rightfully so.

With a rapidly changing landscape, companies who lead in innovation are likely to survive and thrive.  Vijay Govindarajan, a leading business school Professor and author developed a simple, yet effective approach to leading innovation.  For 35 years, he has used the Three Box Solution framework in working with corporations, and suggests that it can “apply equally well to personal transformation.”

In a recent Harvard Business Review article he summarizes his formula:  “This  practical approach integrates (Box 1) current business performance with (Box 2) selective forgetting of the past and (Box 3) creating the future.”

He goes on:  “As an example of how to think about the framework’s application to an individual’s struggles and challenges, consider the remarkable transformation of a single individual, the late Nelson Mandela, who went from embodying black South Africans’ armed resistance to apartheid to becoming a dominant force for racial reconciliation and national unification. During his 27 years in prison, Mandela thought about and discussed the future with his fellow prisoners. He came to see that the nation’s future could not be built on anger and recrimination — no matter how justified — over the brutalities of the past. Instead, it needed a foundation built on forgiveness and reconciliation. Mandela embraced a new identity, embodying change by becoming a man who, at his 1994 inauguration as South Africa’s president, invited his white prison guards to stand with him.

Had Mandela continued to define himself as an anti-apartheid insurgent—an identity reinforced every day by his jailers—he never could have envisioned, much less accomplished, the personal transformation that helped change an entire country. His personal and philosophical reinvention represents a transformation of the highest imaginable degree of difficulty—from liberation soldier, demonized and tormented by the government, into national healer, able to set aside the wounds of the past. If Mandela could reinvent himself from the miserable circumstances of his long imprisonment, then surely anything is possible. And though most of us will never experience the kind of epic personal transformation that Mandela did, we can learn much from this example.

The way people respond to change defines their destinies. Do they embrace change or do they fight it? Are they imprisoned by the past or can they, like Mandela, free themselves from it? Do they carry the past with them like a sacred lamp or are they able to set it aside in order to create something new?

Manage time’s three boxes of the past, present, and future successfully and you will thrive. Manage them ineptly or not at all and you almost certainly will struggle and fail. 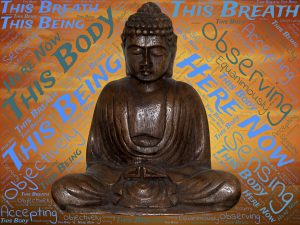 Change doesn’t have to be a onetime, cataclysmic, do-or-die event. One of the teachings of Buddhism is that we become new with each breath we take. Even the smallest increments of time produce change.

By balancing the three boxes—considering what to preserve, what to destroy, and what to create—on a daily basis, you are inventing a new future as a steady process over time.

Even as the Three Box Solution framework helps organizations innovate and grow, it reveals a set of principles that can help leaders in their personal transformation journey too.”

I work with leaders who are ready to create sustainable innovation in their organizations and in their lives.    If you are intrigued by how you might do that, I’d like to hear from you.