What’s Even More Important Than Asking “How?” 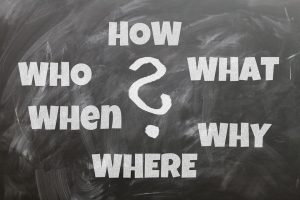 I coach leaders and their teams, and am continually inspired by the ways in which their learning unfolds.  When clients come to me, they are anxious to get to work to address their pressing business issues, hoping that I may offer them “fixes” or novel solutions.  What they soon come to realize is that they are the true experts in the “how,” while I create space for inquiry around the “what.”

Let me clarify.  When leaders are focused on the how, their minds tend to look for solutions in areas where they have familiarity and experience.  This usually doesn’t offer an effective approach.  What’s often required is an entirely different relationship to the questions themselves.  In fact, most leaders are uncomfortable admitting that they give very little attention to what is the most important question to be asking. That’s a good place to begin.

“What question, if we answered it, would offer a break-through approach to our problem?”

It’s not about getting more hours to work in a day, or about a better way to multi-task.  Relief usually comes in knowing what questions to ask.  Recently a client let me know that his concerns about his current role and future potential were causing lots of soul-searching about what to do.  He realized that this time, it wasn’t just about doing or engaging, it was about how to be.   He hadn’t given enough thought to how he was “being” was getting in the way of what he could “do.”

Lack of clarity, second-guessing, lack of confidence, confusion around priority actions, these are all symptoms of a question begging to be asked.  After several minutes, we realized that he deep down believed that he wasn’t enough.  He began to believe this about himself in childhood, and recalled its grip on his development.

Later on in the day, I was on a training call with a Master Coach demonstrating with a senior executive who had the exact same internal belief!  Afterwards, I inquired more about her approach in working with the client.  What she told me was consistent with what I had learned earlier—the belief that “I am not enough” is the most common internal narrative, and that up to 75% of senior level executives in one leadership training reported anonymously that this was true for them!  While it may be comforting to know how common it is, it is of concern for people who lead others.

My client learned that the work of engaging externally at work with colleagues, bosses, and teams will be greatly enhanced when he verifies for himself that he is enough.  Believing otherwise was holding him back from taking necessary action, as it was the client on the training call. 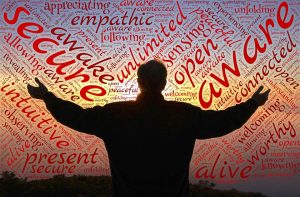 Awareness is the first step to creating change and action.

Then we engage in experiential exercises to develop internal awareness and create new mental and emotional habits to support where we want to go.  The process unfolds and actions create new habits that offer results.

What beliefs might be causing you to focus on “how” and less on “what”? Usually the ones we can’t see or identify by ourselves offer the keys to our next step.

I invite you to post your comments here.  When “belief-busting” calls out to you, I hope you’ll reach out to me.