Leadership and Voices: Who’s in charge? 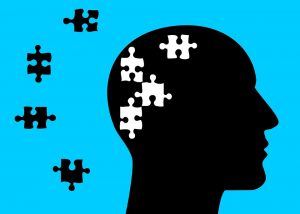 One question that comes up a lot for my client leaders in mid-life is “what I’ve been doing isn’t working for me any longer, yet I don’t know what or how to change.” The awareness this question brings creates an opening for inquiry—for the individual leader to begin a process of self-reflection.  This reflection, if given adequate space to explore, can promote entirely new ways of living and leading that are more gratifying, joyful, and effective.

I recently observed a demo coaching session in which the coach, Peter Hawkins, brought a systemic approach that was helpful to the client.  Like all human beings, this client had a voice in his head.  This clients’ particular voice told him that in order to be successful and have impact he needed to work more or harder.  Yet this voice was being contradicted by the voices of his wife, kids, and grandkids, all of whom had other voices inviting him to “slow down,” “have fun,” or “play with grandpa.”

How to deal with the competing and seemingly conflicting voices?

The coach skillfully brought all the voices into the conversation, inviting them each to the table.  The client began reflecting on what expansion looked like for him.  Was there a way to expand that wasn’t about working more or harder? How do you create fun and how does that enable collaboration?

The client soon came to the realization that that if he brought some of the voices of his grandkids to his work—the ones that wanted him to play more— that could change his relationship to his work.  He realized that for him to bring fun into work would be to expand it in new ways, yet to do this, he would have to experience himself as fun.  Right now, he admittedly doesn’t do that enough.  He realized how his own seriousness and the way he was holding his need for driving, was getting in the way of expansion.  He needed to take risk, to be more relaxed, playful and trusting.

The client learned that he needed to redefine his notion of success.

He began to outline how the success could look different.  He could allow, instead of drive.  The energy of pushing and driving could give way to playfulness and curiosity—even to co-creation with clients at work.

I invite you to consider the leadership voices in your head.

Do you know who is in charge, really?  Are there voices you could bring to the table and invite to have a different conversation about what you desire now?

Leadership is a living lab.  We’re either growing or stagnating.  Choose intentionally, and watch the shifts happen!