Are You Missing Out on the Easiest Leadership Fix of All?

What’s the most underrated and simple tool to improve leadership performance?  Sleep. 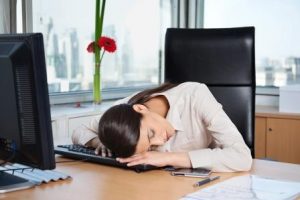 In spite of many, many Americans running on fumes, more folks are coming out of the shadows to admit this important fact:  I do not sleep well or enough, and am chronically exhausted at work.  What we may not know is how this impacts our leadership effectiveness.

In my work with high-performing, high-growth entrepreneurial leaders, many report that they suffer from poor sleep.  According to a recent article by Christopher Barnes published in the Harvard Business Review, “the proportion of Americans getting no more than six hours a night (the minimum for a good night’s rest for most people) rose from 22% in 1985 to 29% in 2012. An international study conducted in 2017 by the Center for Creative Leadership found that among leaders, the problem is even worse: 42% get six or fewer hours of shut-eye a night.”

What are these habits costing leaders? Barnes writes that “sleep allows us to consolidate and store memories, process emotional experiences, replenish glucose (the molecule that fuels the brain), and clear out beta-amyloid (the waste product that builds up in Alzheimer’s patients and disrupts cognitive activity).  Insufficient sleep and fatigue lead to poor judgment, lack of self-control, and impaired creativity. Moreover, there are lesser-known secondary effects in organizations.

“My research shows that sleep deprivation doesn’t just hurt individual performance: When managers lose sleep, their employees’ experiences and output are diminished too.”

Lack of Sleep Causes Distress to Others 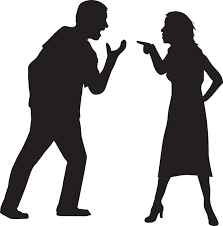 It turns out that much of the variance in a manager’s individual behavior day to day can be explained by their quality of sleep.  “Studies have found that when leaders show up for work unrested, they are more likely to lose patience with employees, act in abusive ways, and be seen as less charismatic. There is also a greater likelihood that their subordinates will themselves suffer from sleep deprivation—and even behave unethically.”

“In a recent study, Barnes and a colleague measured the sleep of 40 managers and their 120 direct reports during the first three months of their assigned time working together, along with the quality of these boss-employee relationships. They found that sleep-deprived leaders were more impatient, irritable, and antagonistic, which resulted in worse relationships.  Importantly, sleep deprivation was just as damaging at the end of the three months as it was at the beginning. However, the leaders were completely unaware of the negative dynamic.”

Barnes found similar results when he and colleagues  asked 88 leaders and their subordinates to complete daily surveys for two weeks: When bosses slept poorly, they were more likely to exhibit abusive behavior the next day, which resulted in lower levels of engagement among subordinates. When the boss doesn’t feel rested, the whole unit pays a price.”

What I find most interesting is the finding that “leaders who discount the value of sleep can negatively impact not just emotions but also behaviors on their teams. When sleep is devalued, in other words when leaders communicate that sleep is unimportant to subordinates, it was found that those subordinates got 25 fewer minutes of sleep than people whose bosses valued sleep.”

Why leaders should care?

As if the above were not enough, it turns out that when leaders devalue sleep, there are implications for followers to behave less ethically.  This was supported in previous studies as well.

Next week we’ll explore what can be done about this important issue.