Leadership: It May Not Be What You Think… 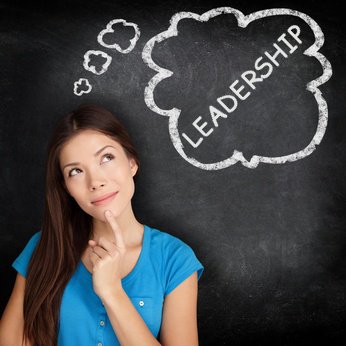 Today brought an incredible real-life example to illustrate the simple, yet powerful message I aim to teach; that leadership and influence are first and foremost an inner game.  Only when we are clear and fully present internally can we create and experience joy, fulfillment and results externally.

The point was illustrated beautifully by a client who brought a leadership challenge to our call today.  She explained that she was feeling worn out by the never-ending problems and demands of her team.  She thought she was missing out on the “real” responsibilities of leadership.  She went home at the end of the day feeling as if she didn’t have the accomplishments or the results she had hoped for.

I began by repeating my understanding of her concern, checking to make sure she felt heard.  Then we explored her mindset.  “What mindset are you in now, the one that you carry home most nights,” I asked.  She thoughtfully responded that she saw her current mindset was one that included leadership happening on some big stage with recognizable accomplishments.

In that moment, she saw that leadership moments were happening all day long.

When she viewed day to day events as disturbances, she brought a harried, distraught quality to her work.  As we began to explore  a different mindset, one that would serve her in feeling more at ease in her role, she realized that the leadership she was longing for existed in the moments of greatest frustration.

We will never control the annoyances; however reframing to see them as opportunities to lead and influence others changes everything.

I asked her to give an example.    As we worked through a typical problem that comes up frequently, she stated that interruptions of this type can drain her.

I asked if there were other people to whom she could delegate these types of tasks.

She gracefully responded that in fact, she could perhaps develop and train others to solve this type of problem.  We then explored the value of that; to her, to the employee, and to the organization.

She was now engaged in a triple-win conversation.    She would be less overwhelmed, freed up to do generative and team-building initiatives, the employee would learn a valuable skill, and the company would have more productive, engaged people at both levels.  She then went on to envision training others in this role, investing her time and attention because it offered the most value in the long run.  She made a declaration to me of what she will do differently in the next few weeks, including “catching” herself in this new type of behavior by writing it down every evening.  The more she practices, the easier it will become; until this will be her “default.”

We focused on who she would need to be; a strong, centered presence.

She will give all herself to listen deeply, to offer the type of listening that will help others learn, grow and develop their capacities. Right now; it wasn’t in some future moment. Growing herself now allows her to be the leader she was waiting to become.

Post your comments here.  To learn more about developing your own core of leadership, schedule a complimentary 20-minute “Breakthrough Your Barriers” Strategy session.