Attention Leaders: Do you have an “Eeyore” on your team?

Many of us read the classic Winnie the Pooh as children (or had it read to us).  You may recall one of the key characters was a donkey named “Eeyore” who was Pooh’s close friend.  Eeyore’s persona was gloomy and depressed. According to Wikipedia, “his house is regularly knocked down, but he always rebuilds it. He usually expects misfortune to happen to him, accepts it when it does and rarely even tries to prevent it. His catchphrases are “Thanks for noticin’ me” and “Ohhh-kayyy”.” Eeyore shows us what it looks like to behave “as if” one is a victim of circumstances. 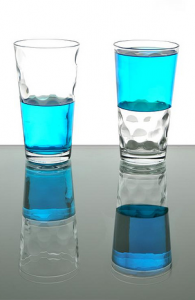 This team member was acting from a mood of resignation so his mindset and actions were consistent with that particular mood.

We are always in a mood, although we are often unaware that we are in them.

What can be done?

When she pushed back on the team member, he eventually admitted to feeling angry and frustrated.  He had wanted to be promoted and this had not yet happened.

When the manager asked if he had received any feedback from the group leader about the requested promotion, he admitted that he had, yet he had done nothing about it.

So why was this otherwise high-performing team member doing nothing with the leaders’ feedback? He knew he had things to do, yet wasn’t taking appropriate action.

My client recognized he was the “Eeyore” on her team.  He was in a mood of resignation; he accepted the feedback but did not act on it.

My client decided to put on her coach hat in order to help him with shifting the mood.   She told the team member that what he could change was how he was being in response to the feedback.  First, she had to listen deeply and let him know how much she cared about his goals.

Change the mood you are in, and you can change how you are “being” in response to information:

After my client discussed this with her team member, he said “thank you.” Now the ball is his court.  How he chooses to respond will create the possibility for his desired outcome.

Do you know someone who operates from an “Eeyore” perspective?

Offer to help them to become empowered and influential by shifting mood and mindset.

We invite you to share your own “Eeyore” breakthrough stories here.