What Five Hours Can Mean to Your Leadership Success 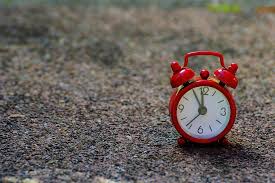 This week’s Step Up Leader Tips borrows from a recent article in Inc. magazine.  I work with successful, high-performing leaders who never seem to feel they have enough time.  We are always looking for ways to reduce or eliminate things that weigh on their time and energy.  However, we also have learned that certain things, if done consistently, can actually ADD value.

It turns out that some of the best leaders have added something to their lives that pays off—the five hour rule.  Oprah, Bill Gates, Warren Buffet, and other high-profile individuals apply the principles of deliberate practice, with amazing results

What do they do with five hours a week?

We all know that reading is an activity that builds knowledge.  Yet reading is evidently crucial for leaders at the highest levels.  In spite of the extreme demands on their time, many of them make a daily practice of reading. 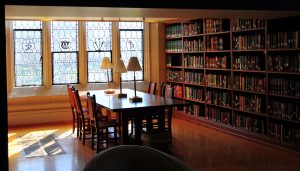 ‘According to an HBR article, ‘Nike founder Phil Knight so reveres his library that in it you have to take off your shoes and bow.’ Oprah Winfrey credits books with much of her success: ‘Books were my pass to personal freedom.’ She has shared her reading habit with the world via her book club.

Consider the extreme reading habits of other billionaire entrepreneurs:

In coaching leaders who feel time-pressed, I’ve discovered that helping them create space and time for reflection has had surprising positive effects on them and their teams.

Sara Blakely, Founder of Spanx, is a long-time journaler. In one interview, she shared that she has more than 20 notebooks in which she logged the terrible things that happened to her and the gifts that have unfolded as a result.”

Lastly, there is value in creating time to try out new things.

“Throughout his life, Ben Franklin set aside time for experimentation, masterminding with like-minded individuals, and tracking his virtues. Google famously allowed employees to experiment with new projects during 20 percent of their work time. Facebook encourages experimentation through Hack-a-Months. 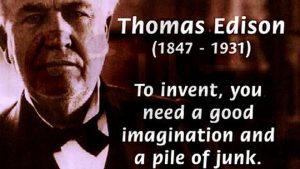 The biggest example of experimentation might be Thomas Edison’s. Even though he was a genius, Edison approached new inventions with humility. He would identify every possible solution and then systematically test each one of them. According to one of his biographers, “Although he understood the theories of his day, he found them useless in solving unknown problems.”

The power of the five-hour rule: improvement rate

It turns out that there is a difference between deliberate practice and just working hard.  What if you focus on improvement, instead of just grinding away? What would you choose to learn?

Learning new things in a deliberate fashion can make all the difference.

“Billionaire entrepreneur Marc Andreessen poignantly talked about improvement rate in a recent interview. ‘I think the archetype/myth of the 22-year-old founder has been blown completely out of proportion … I think skill acquisition, literally the acquisition of skills and how to do things, is just dramatically underrated.’

People are overvaluing the value of just jumping into the deep end of the pool, because the reality is that people who jump into the deep end of the pool drown. There’s a reason there are so many stories about Mark Zuckerberg. There aren’t that many Mark Zuckerbergs. Most of them are still floating face down in the pool. And so, for most of us, it’s a good idea to get skills.”

Get started on the five-hour rule this week.  You may be surprised by the impact that this simple addition can have.